Artist Diego Rodriguez partnered with Guerilla Garden and a few youth volunteers from Lookout Mountain Youth Corrections. By including east and west walls, visible to passers-by at different times, this black and white project demonstrates the ability to articulate two perspectives in dialogue with each other. Additional photos of this project are available on the Guerilla Garden website.

Artist Statement:
The mural takes the form of an allegorical mirror, both celebrating what so many love about the street (its place as a pedestrian convergence for all walks of life) and posing an important question: How does one sustain the rich social environs while simultaneously improving the economics of an area?

The figures who inhabit the mural were designed over a five-week period with the input of a group of local youth who have been exploring art and different methods of expression through a city-funded grant. The images run the gamut, both real and fantasy, serious and comical, in an attempt to touch for a single moment the universality of Colfax as we experience it.

It was a joy watching these taciturn, “cool kids” unfold, coming to class excitedly showing their new drawings, encouraging the younger kids, and generally showing a marvelous sense of pride in what they were doing. They volunteered with the firm intent of being a part of every step of the process. Watching them develop in leaps and bounds, it was hard for me not to recognize that with students like this, the teacher’s job is made positively easy. Their enthusiasm made even the mundane (but necessary!) steps in the mural process effortless and fun. Not only do I feel more confident working with youth in the future, I wish to seek this sort of work out. There is no doubt in my mind that this workshop has touched the youth who were a part of it, and I would not be surprised if several of them end up running similar workshops in the future. 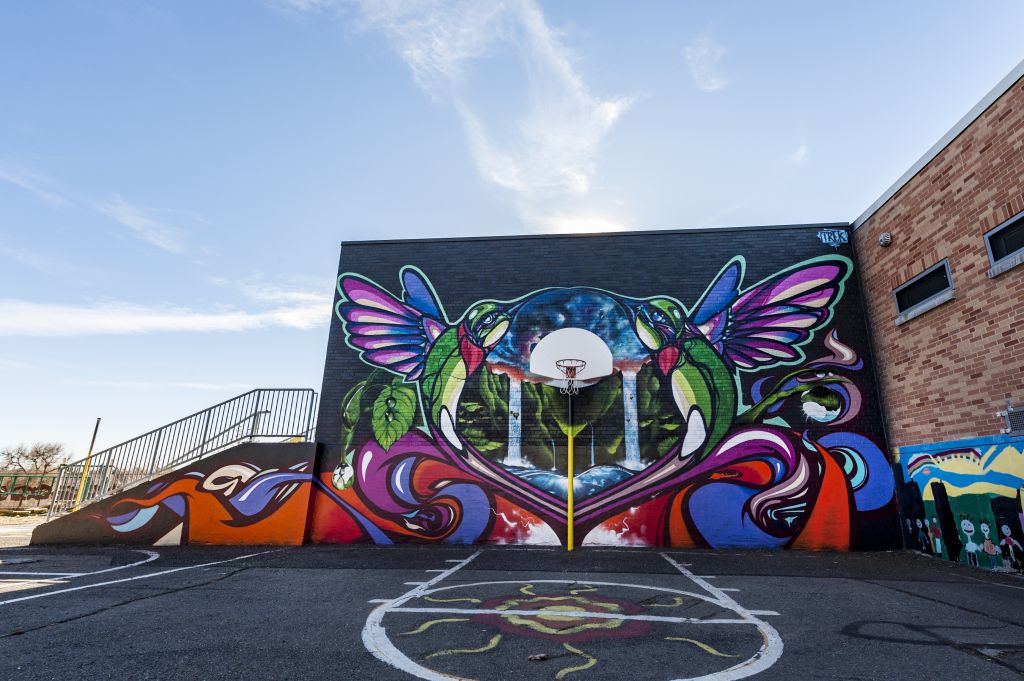 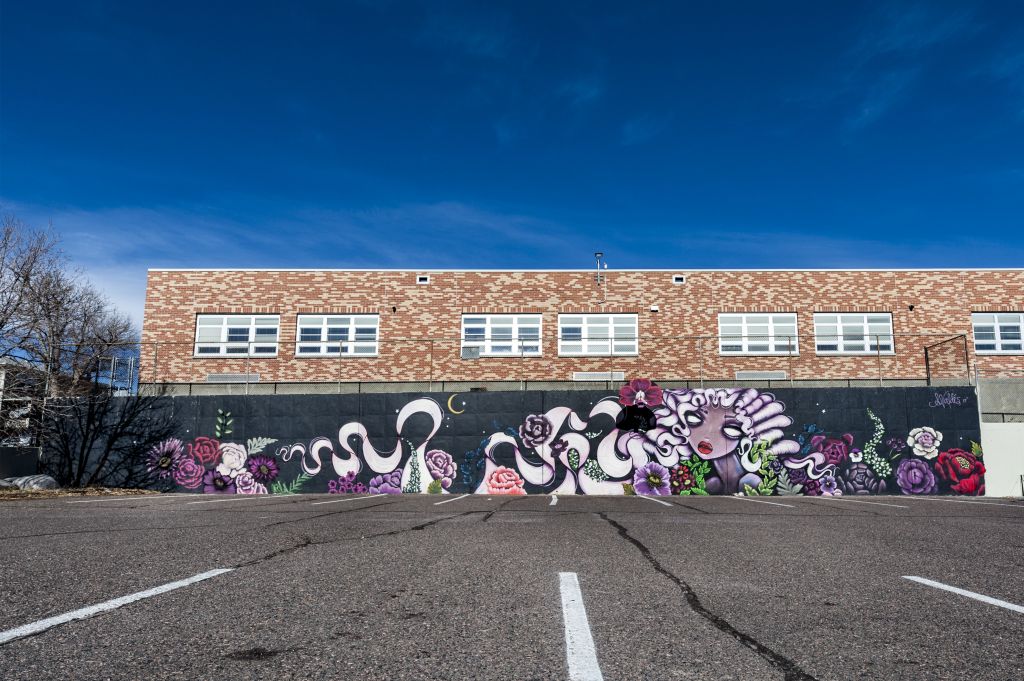 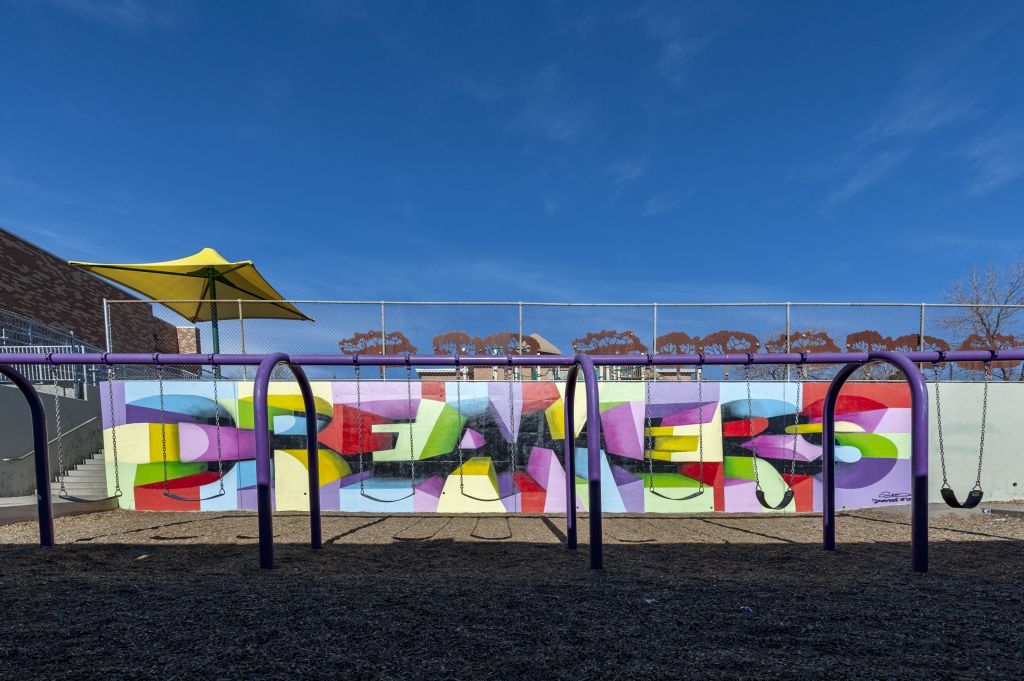 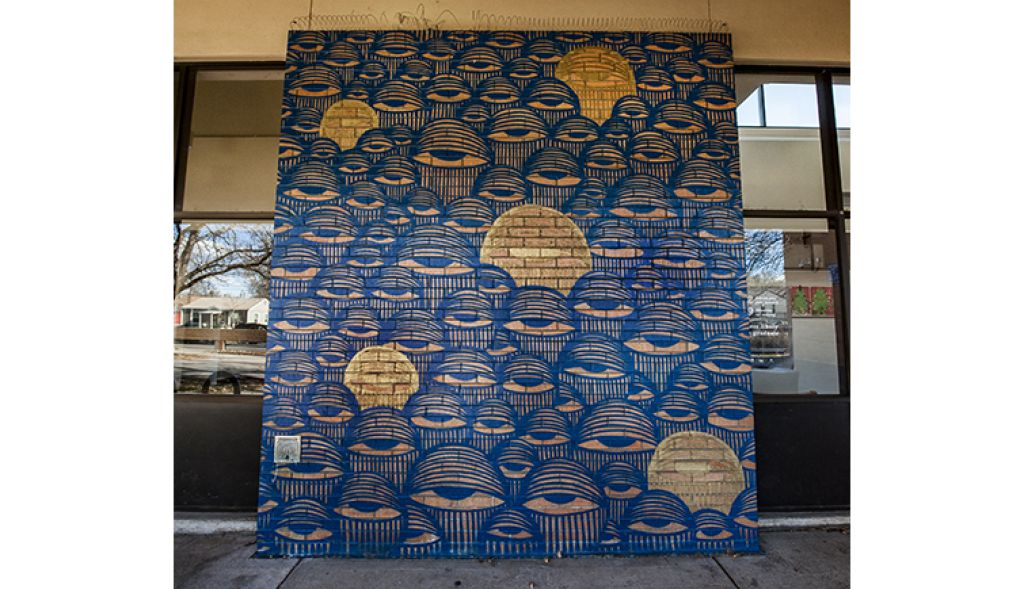 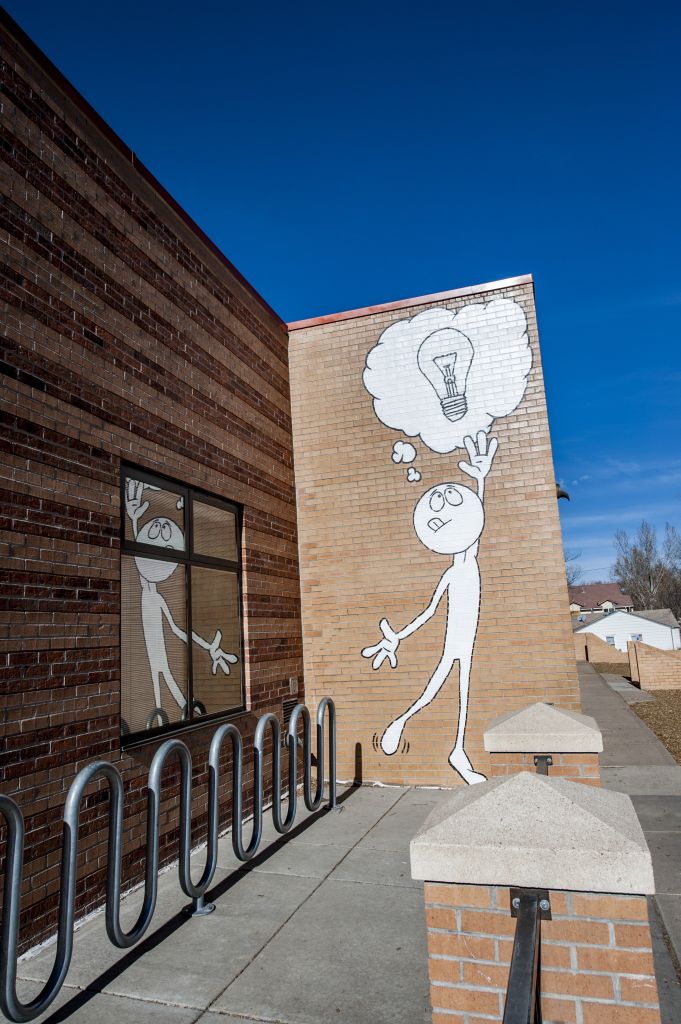 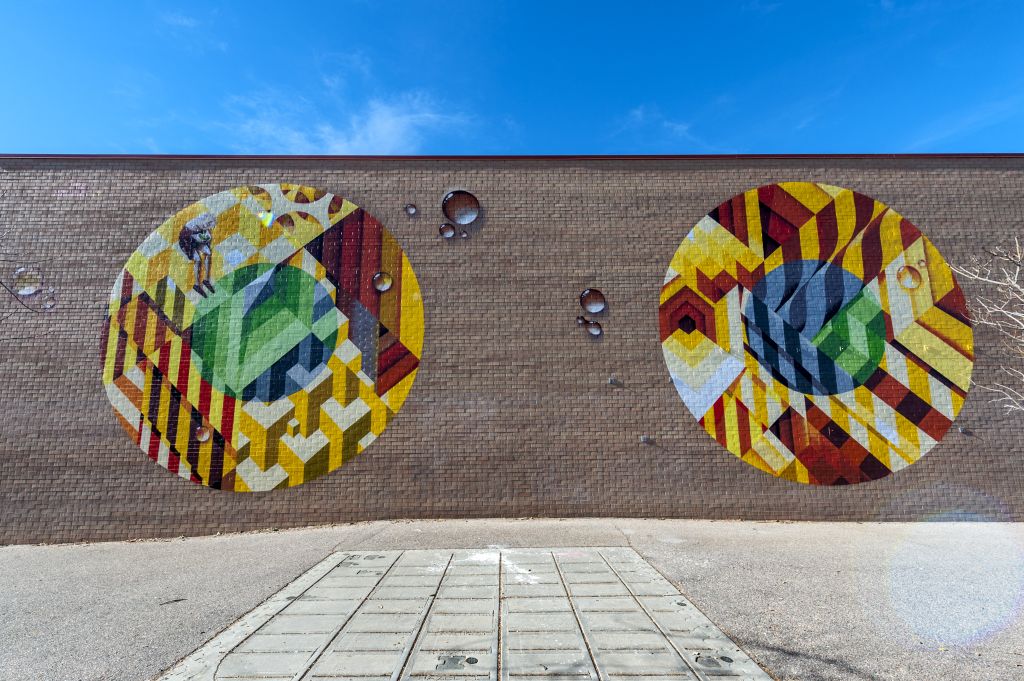 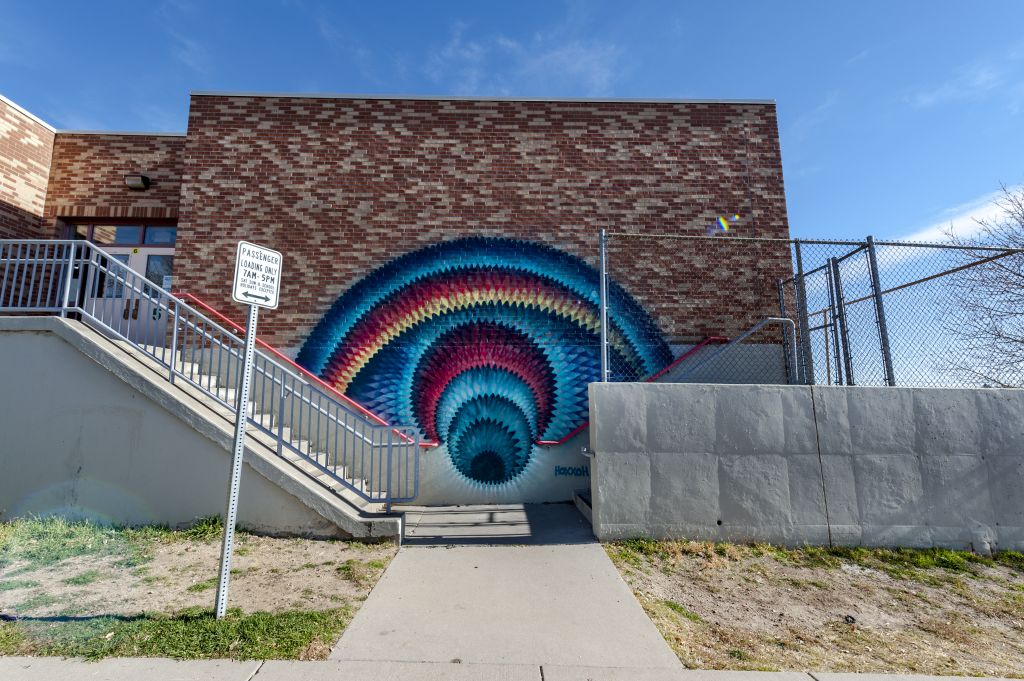 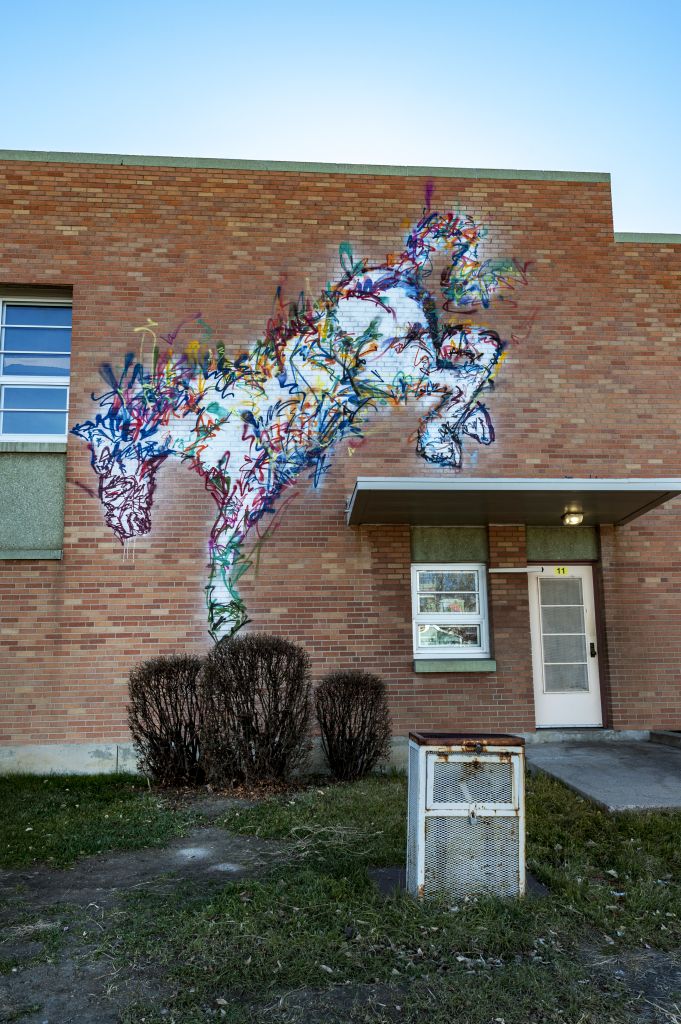 Untitled (a white horse jumping down from overhang) 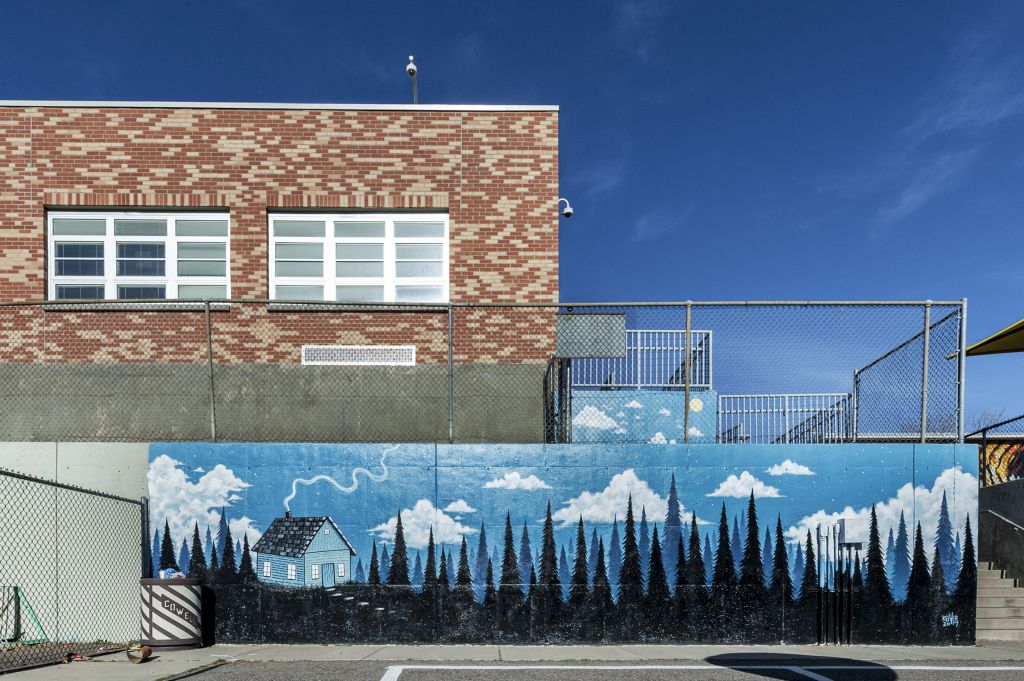 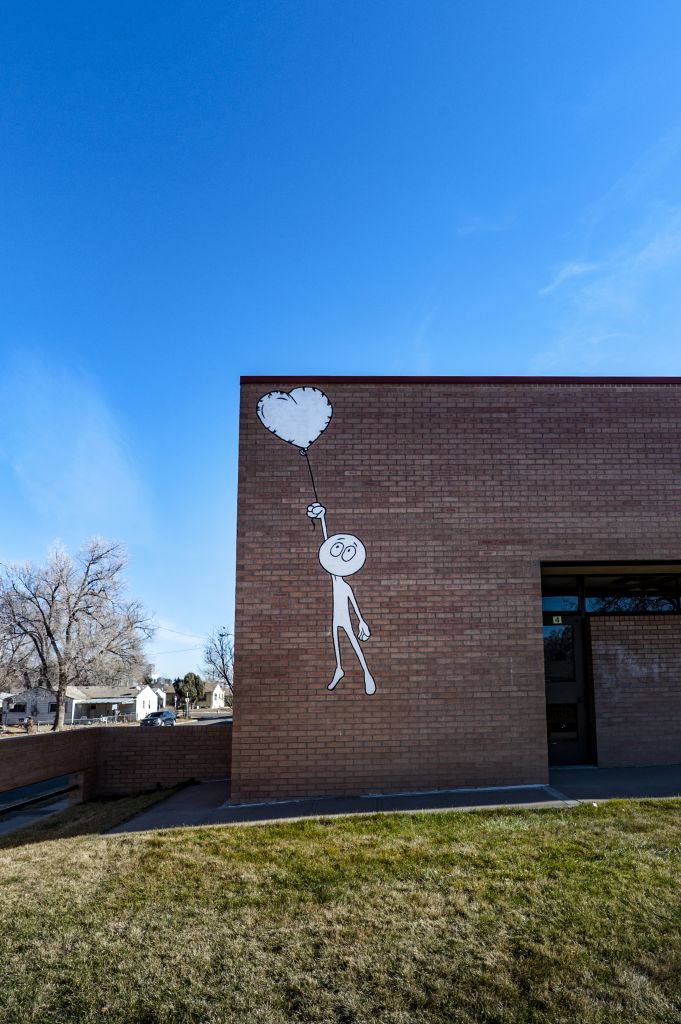