Luis Jiménez was a regionally and nationally known artist, making use of the aesthetic and colors of the sign-making industry to create pop culture-inspired images of the Southwest. The flowing lines and florid colors make his work instantly recognizable. Works that exemplify Jiménez’s style are sculptures made of fiberglass or plastic with exaggerated curves and vivid colors. Subject matter often contains figures of vaqueros, dancing couples, cowboys and horses in active, dramatic poses. The subject work depicts a wild horse rearing up, with exaggerated musculature and veins in high relief. The blue color is very vivid and the pose is highly dramatic. These are typical elements of the artist’s best work.

Mustang/Mesteño, a 32-foot tall cast fiberglass sculpture by New Mexico artist Luis Jiménez, made its long-awaited debut at Denver International Airport. Mustang/Mesteño was one of the original public art commissions for DEN from 1993. The 9,000-pound sculpture was his masterpiece—by far the largest sculpture of the artists’ career. Tragically, Jiménez died while working on the sculpture, having completed the painting of the head of the horse. The final sanding and painting of Mustang/Mesteño was completed posthumously by his studio staff and family, along with professional lowrider/race-car painters Richard LaVato and Camillo Nuñez. Once the work was complete, the sculpture was shipped in three pieces to Kreysler and Associates in California. There, Mustang/Mesteño was finally assembled, reinforced and wrapped for shipment to its final home atop a windswept knoll between the inbound and outbound lanes of Peña Boulevard at DEN. 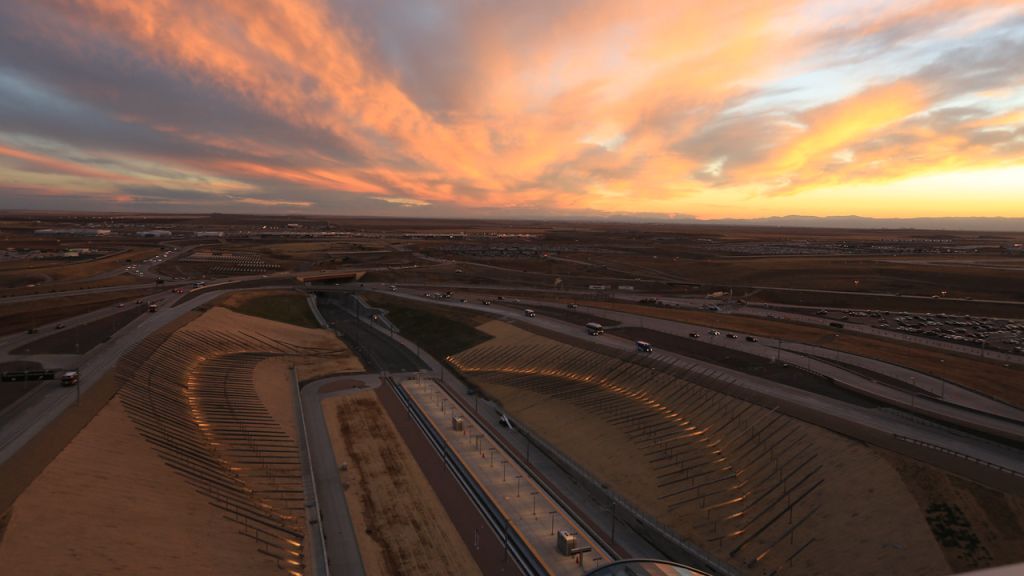 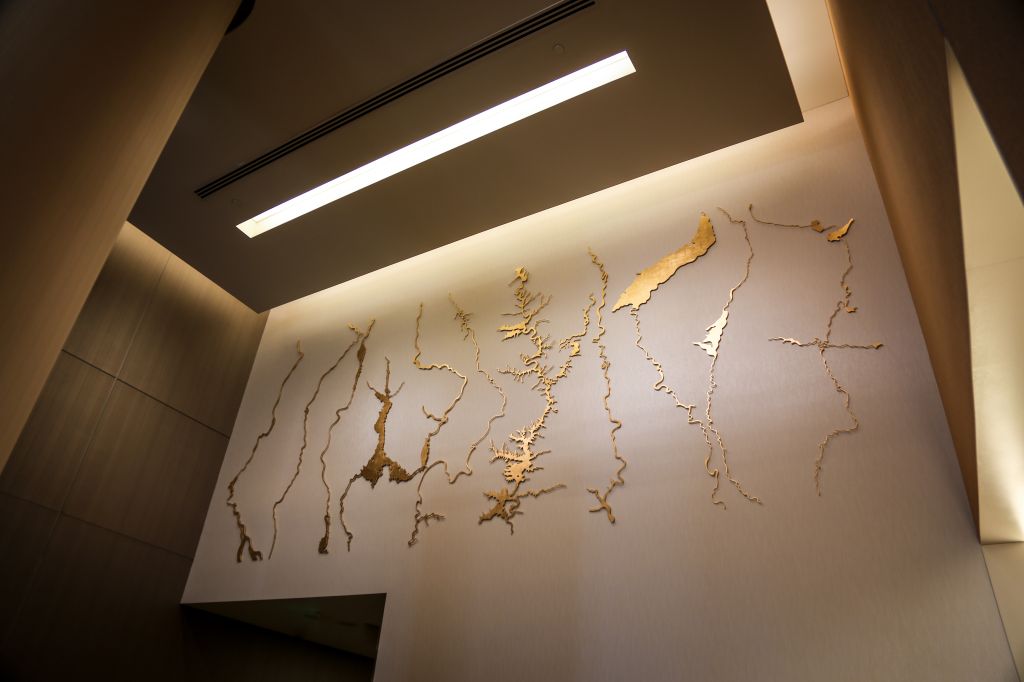 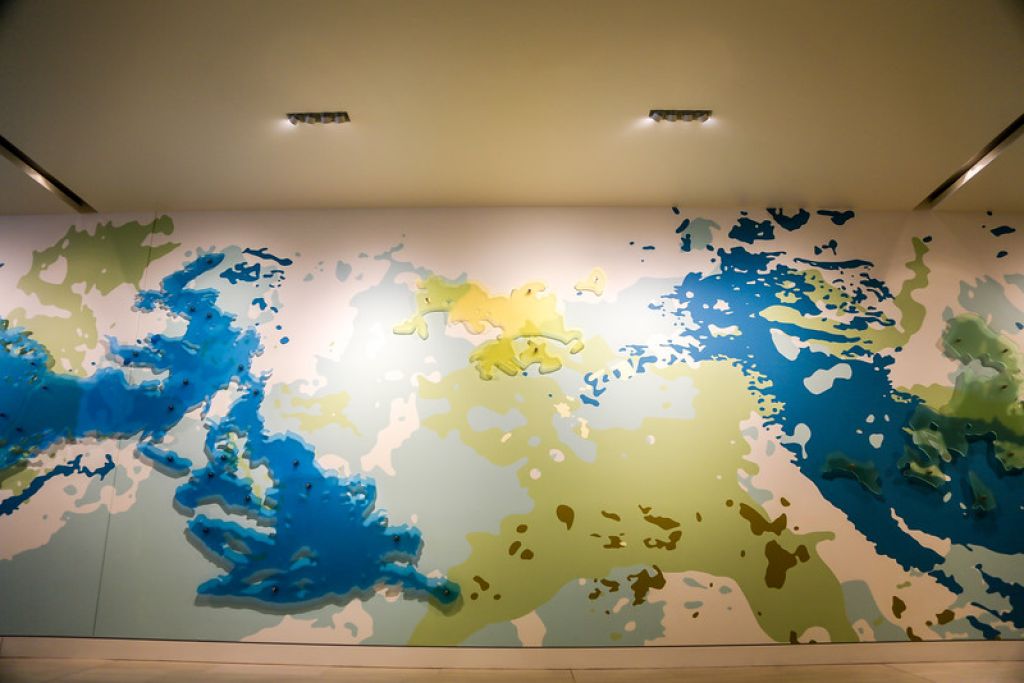 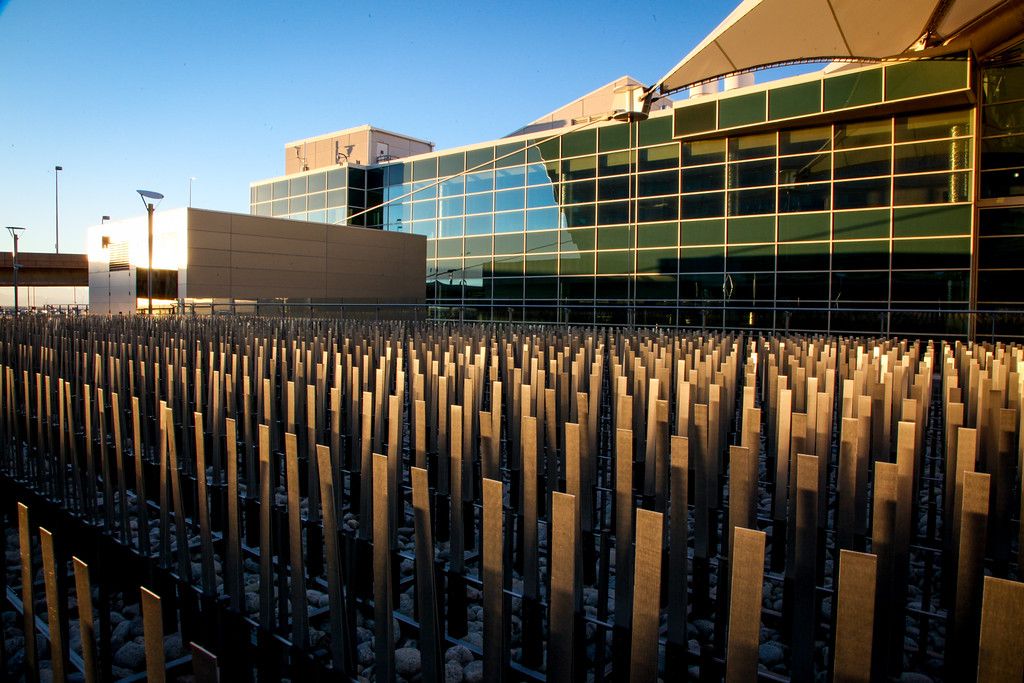 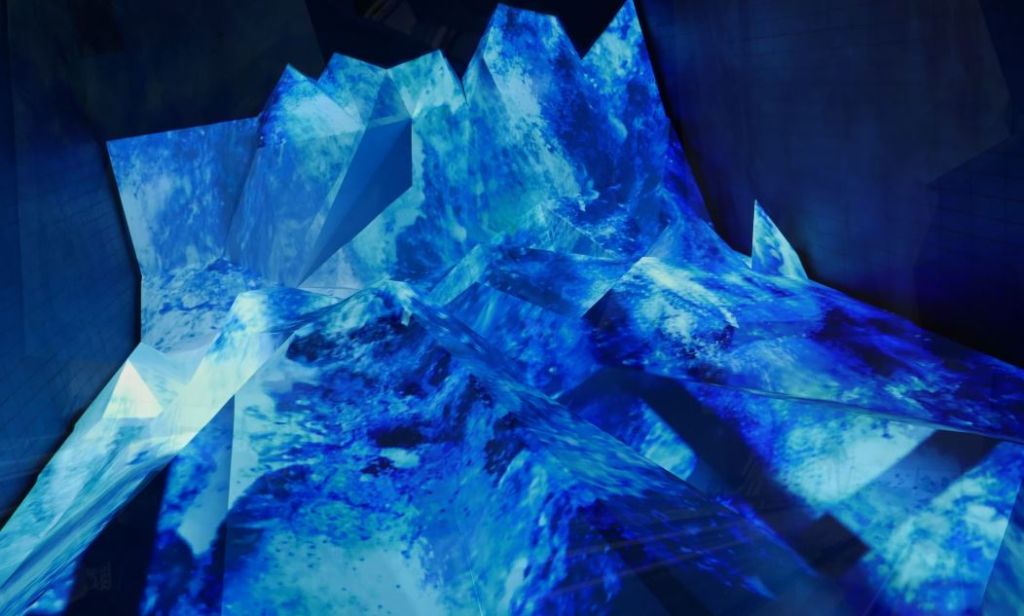 Water in All Its States (L’eau dans tous ses etats) 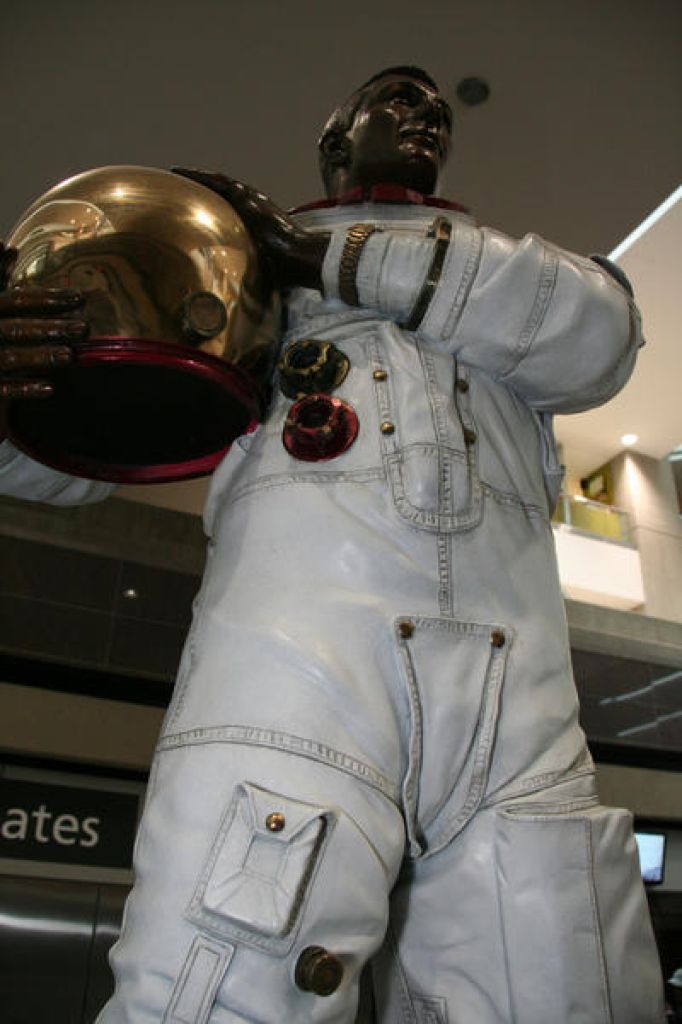