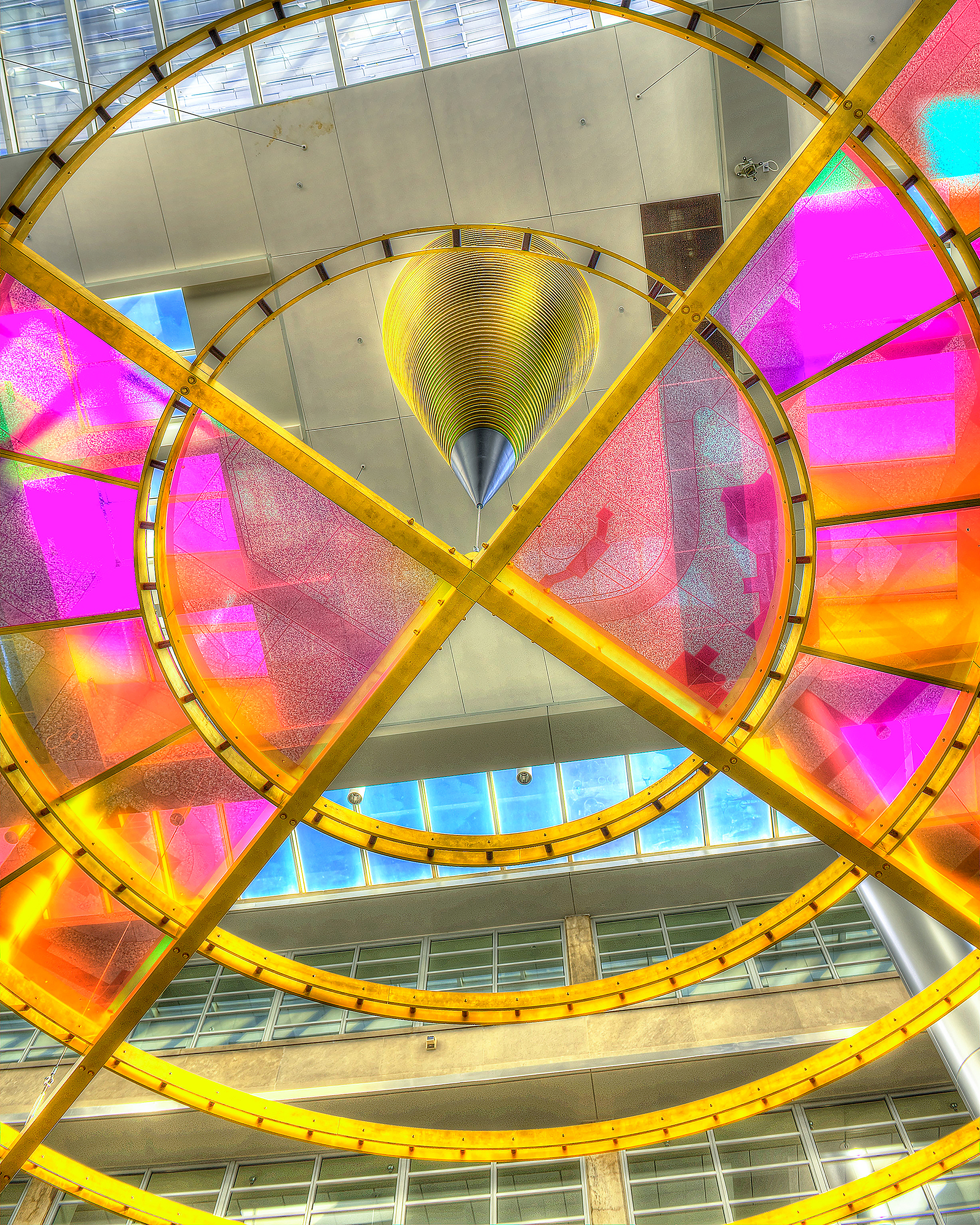 These two tools described above are combined in a suspended artwork in the center of the Denver Civic Center Atrium. The bob is made from 1.25" rings of aluminum gilded with 23-karat gold and palladium leaf. Below the bob is the target suspended by four points, made from gilded aluminum and dichroic glass. The brilliant color of the glass will trace a colored pattern of the floor and map the sun as it tracks across the sky.

The artwork is illuminated by both natural light from the atrium skylights and artificial light within the atrium ceiling. The floor pattern below is a map of the civic center, surrounded by a more abstract grid of city streets. 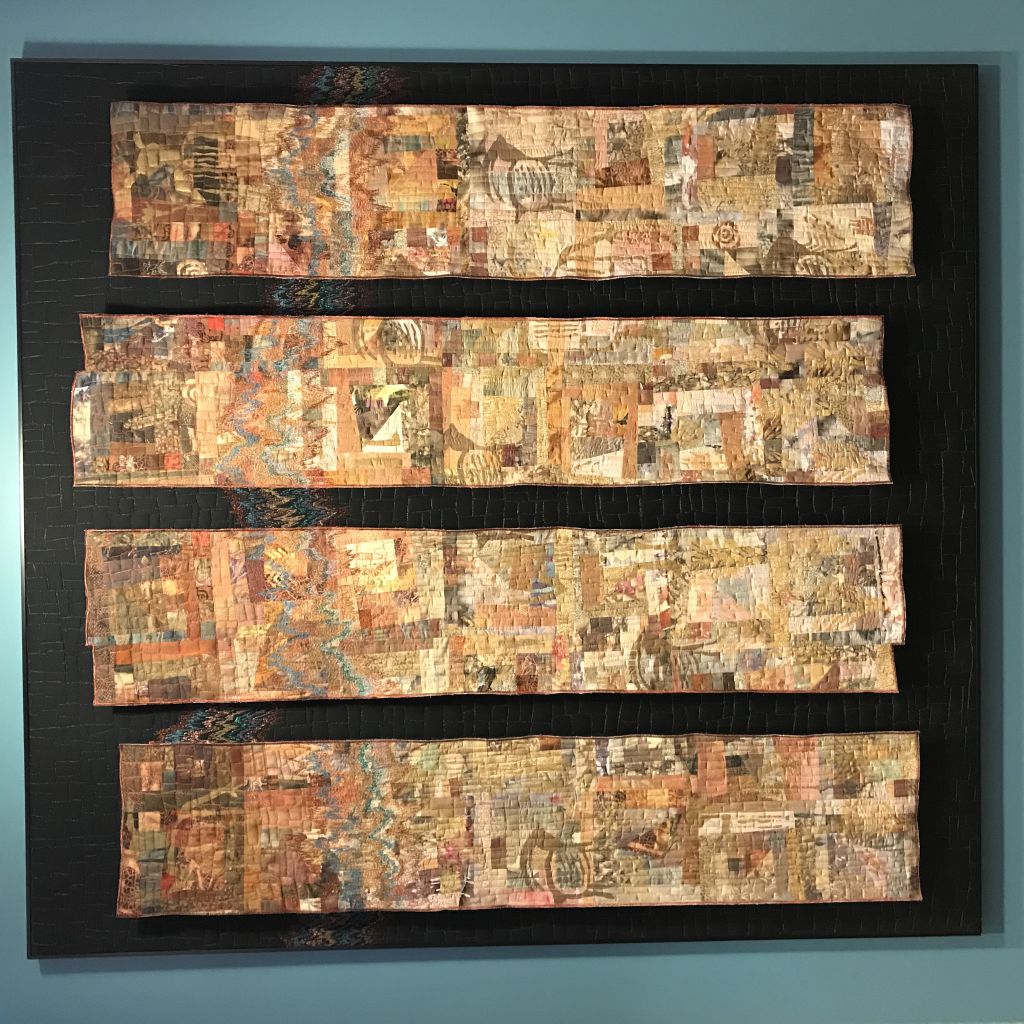 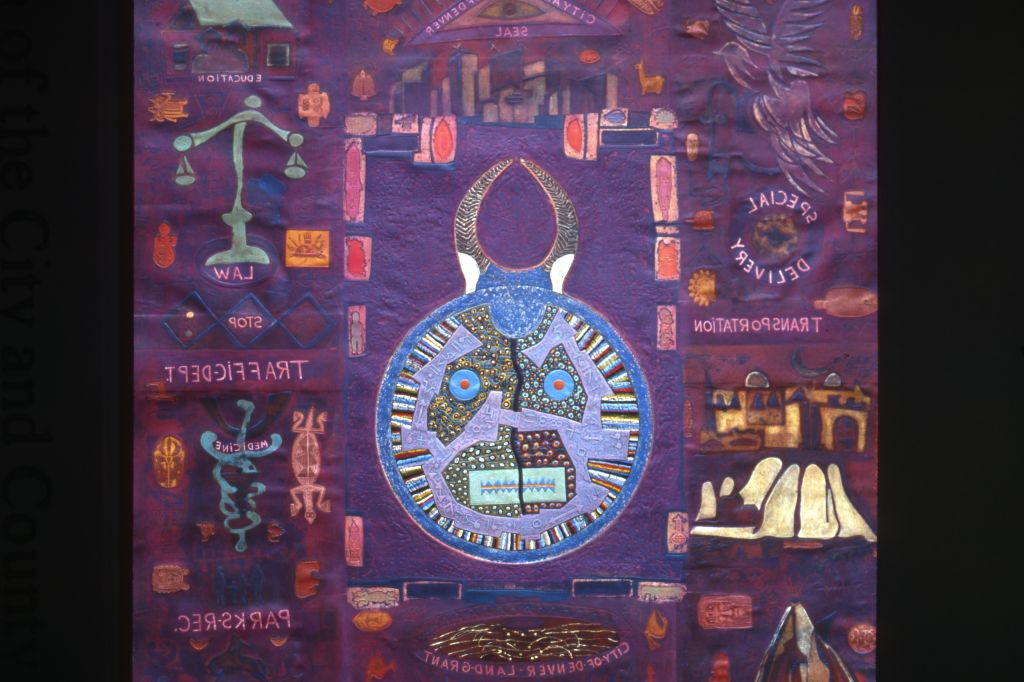 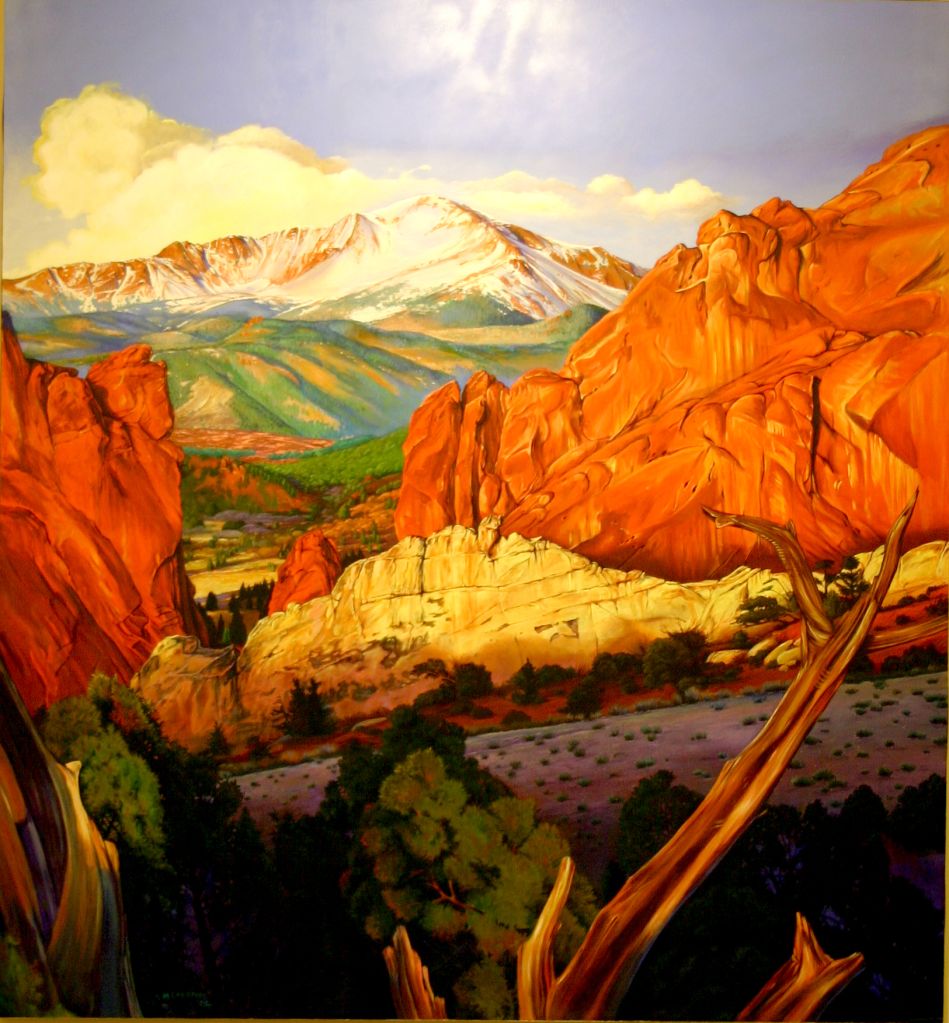 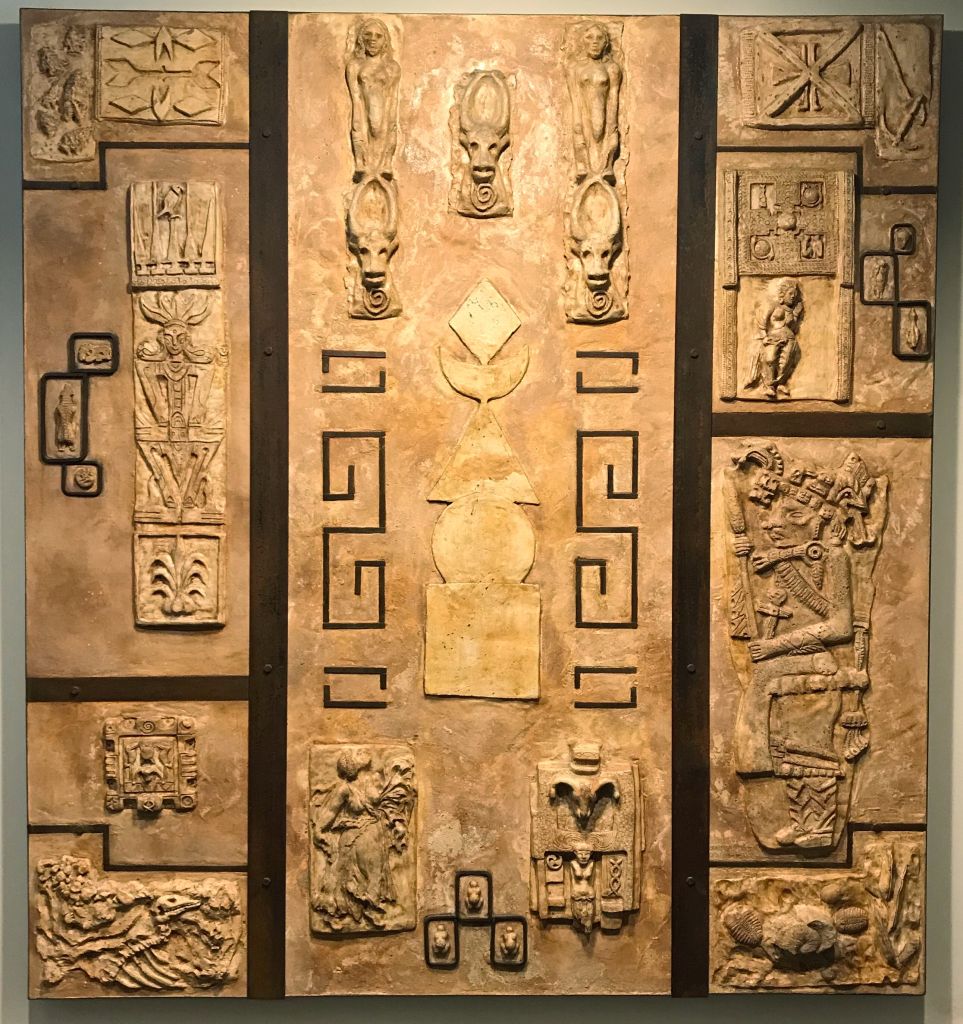 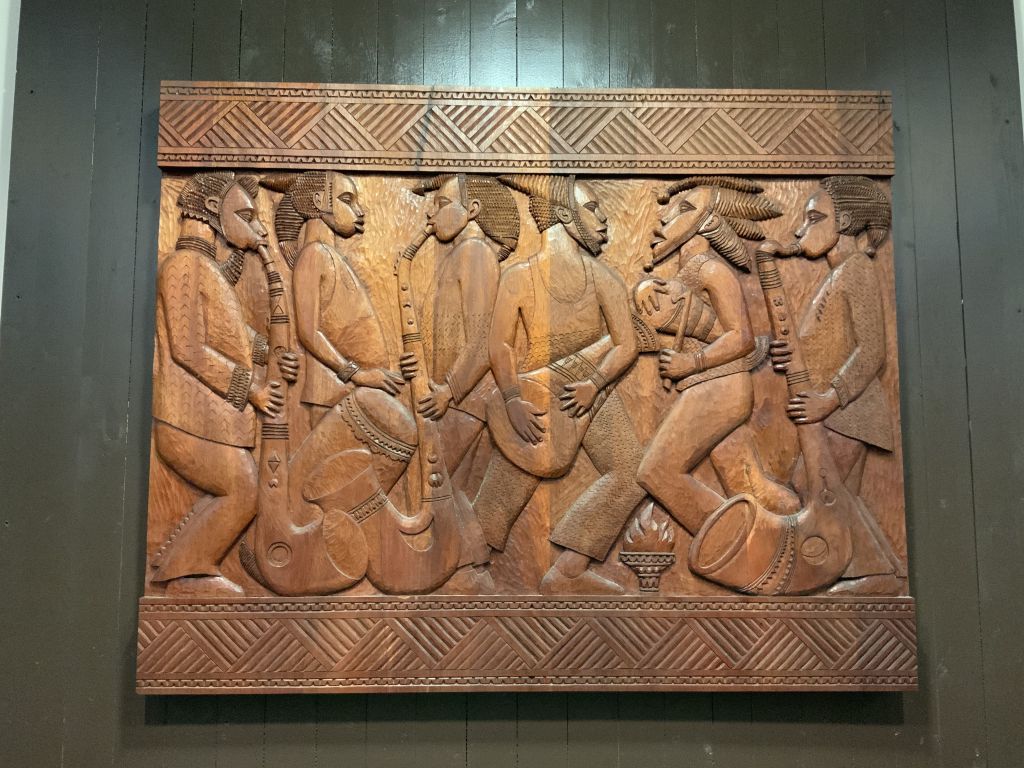 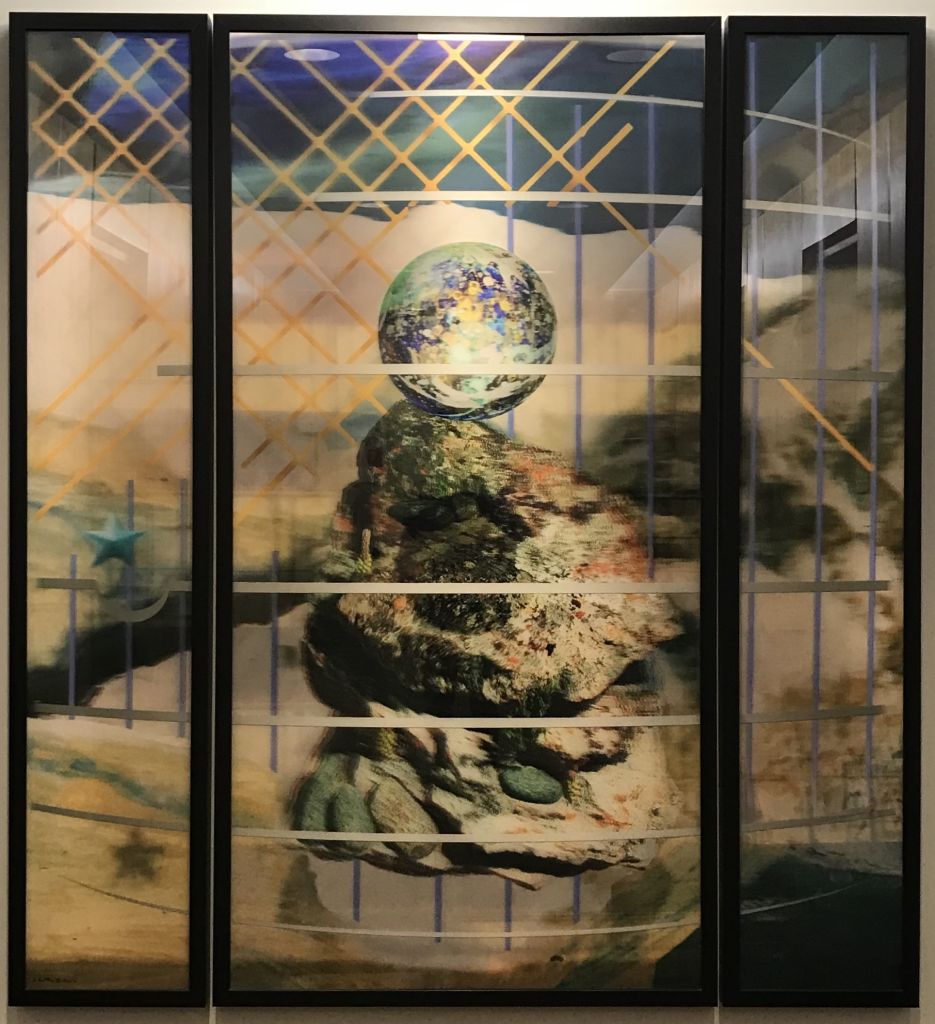 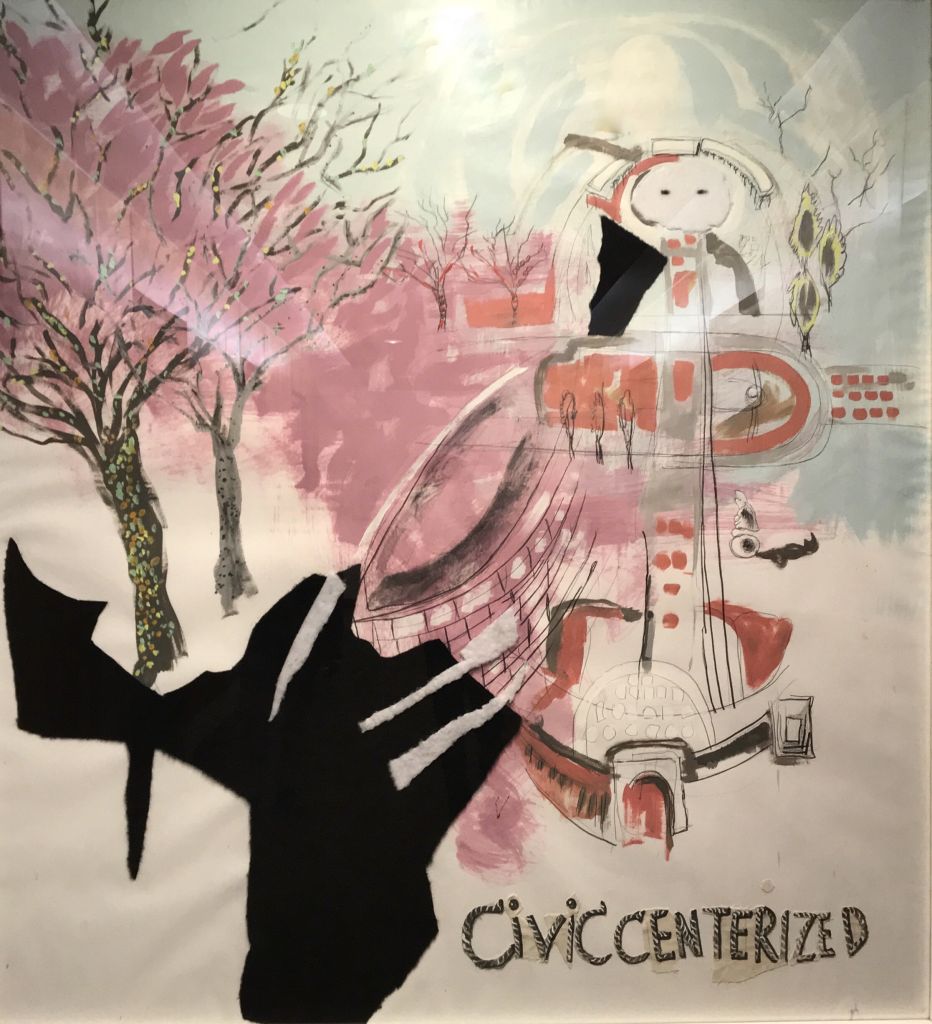 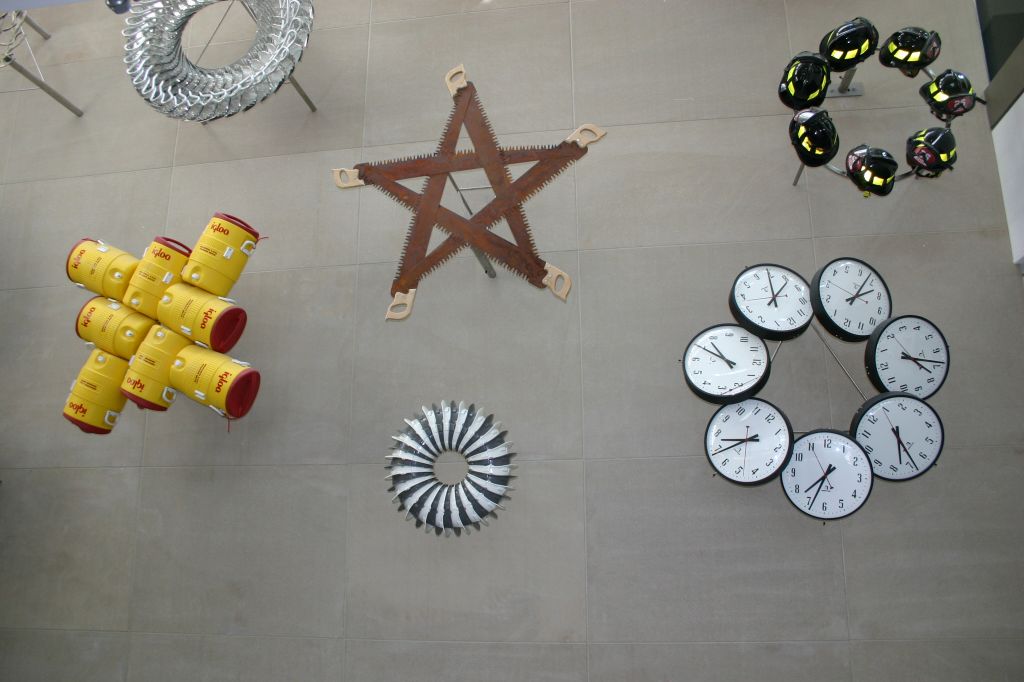 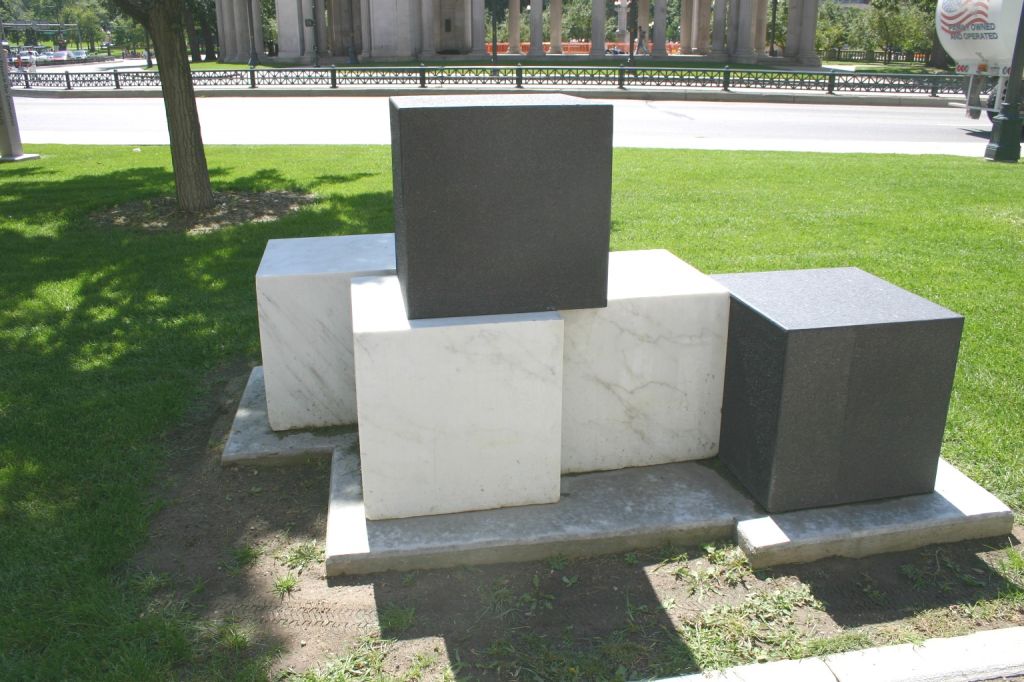 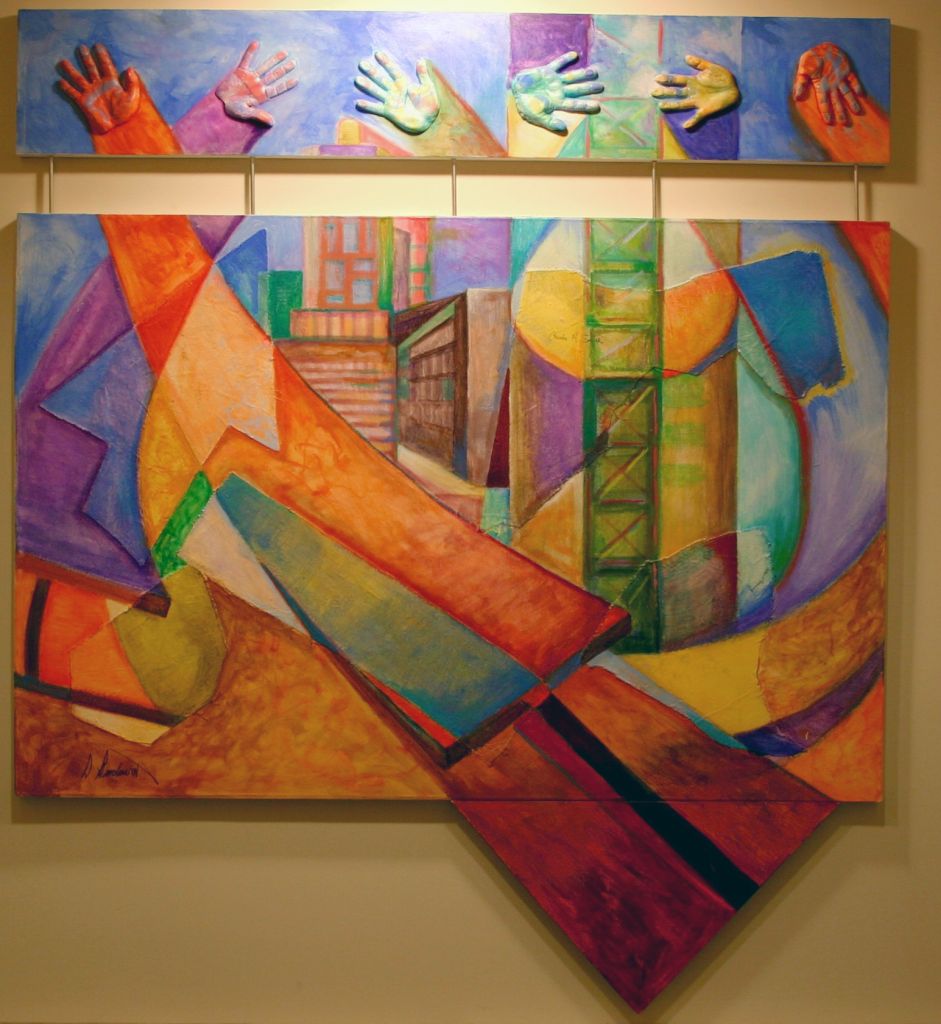